14 young people aged 15-29 are diagnosed with cancer every day in the UK. That’s why we believe that wherever young people are, and whoever they are, they have the right to know the signs and symptoms of cancer.

We’re passionate about young people feeling empowered about their own health, knowing how to check themselves for signs and symptoms, and encouraging them to see a doctor when something doesn’t feel right.

Too many young people in the UK receive a late diagnosis of cancer. This could be for lots of different reasons, like not knowing their symptoms were anything to worry about, or that doctor’s didn’t think they were unwell with cancer.

We’re on a mission to make sure more and more young people across the UK know what to look out for.

How you can help 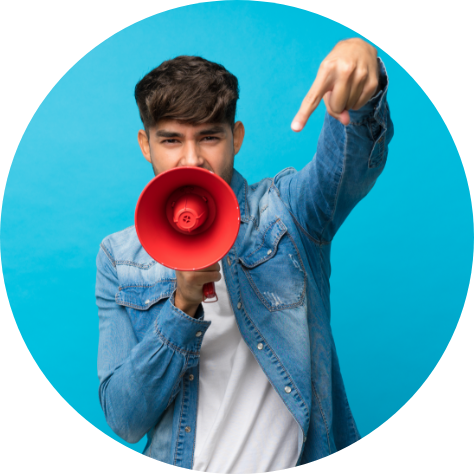 Back in 2014, James Adams was sat in a student pub in Manchester with a group of friends. From his own experience of cancer, James knew there was a lack of awareness around the signs and symptoms, and he wanted to do something about it.

After a few pints, what we today call CATTs (Cancer Awareness for Teens & Twenties) was born. A student society at The University of Manchester, with a mission to make sure their peers on campus knew the signs and symptoms of cancer.

They quickly signed up over 600 people who wanted to be involved, and ran events attended by hundreds of students across the academic year. It soon became clear that something about CATTs was different.

Why couldn’t this be done in other universities? The answer was, that it could! A year later a society in the University of Cambridge was launched, and by 2016 there were university teams popping up all over the country. That’s why in 2016 we registered as a charity, and the rest they say, is history.

Discover more about our uni teams, and how you can get involved or even start your own Uni team.

MORE ABOUT OUR UNI TEAMS