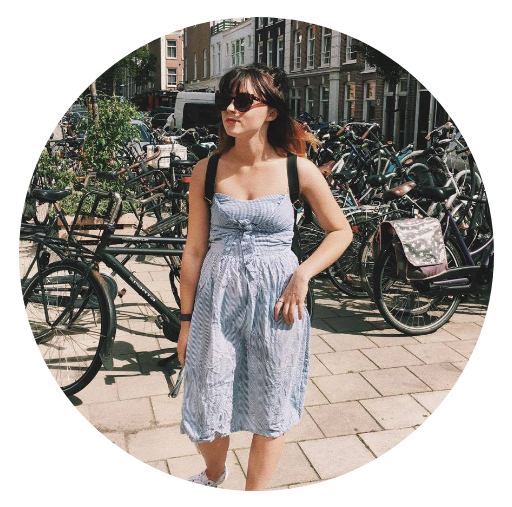 It was in February of my first year and I started to feel drained of energy with a constant stomach ache and I was extremely bloated.

I went to my GP and he took some blood tests. I got a phone call a day later telling me to go straight to A&E with a post-it note detailing their findings.

They thought it was my appendix at first. I had a gig to go to and I wanted to be anywhere else but there even though it was best for me. The staff were amazing and found the ovarian cyst, the size of a rugby ball, immediately. I had an operation in the Christie Hospital a week later. It was so quick as the size of it was severely impacting my breathing. I was on constant oxygen and lost 2 stone in 2 weeks.

The operation was 8 hours long, the wait for the biopsy results was like a lifetime. The room spun when they told me, but I started asking questions straight away. I threw myself into it headfirst and despite having chemo every 3 weeks, I had one of the best summers of my life.

The treatment has given me a lot of side effects and resulting operations but it’s a small price to pay for having my life. I feel at peace with it all now. It’s definitely made me a better person and I have great hopes for CATS and what it can achieve.