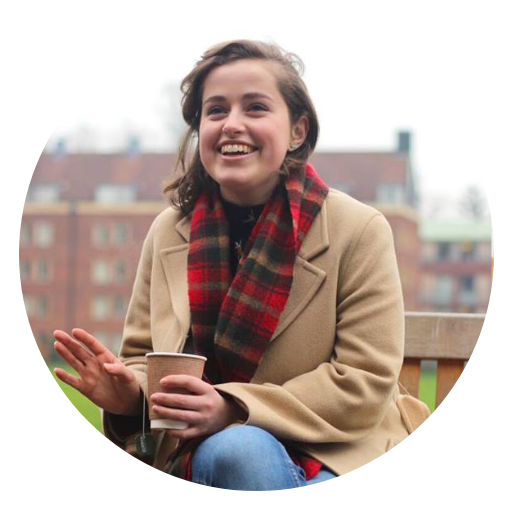 I've got seven scars. One’s kinda hardcore because I had to have my lung deflated to access one of my tumours.

I got into rowing when I was in first year at Cardiff so my fitness was at its peak but in January something felt really wrong. I began getting breathless; having night sweats, muscular pains and incredible fatigue when nothing had changed in my routine.

I’d developed a lump in my neck – but I thought I was just being incompetent with the thermostat in halls and perhaps had pulled a muscle on the water. So I ignored these little things as they stacked up.

The GP confirmed that I was being a time-wasting hypochondriac. So, I googled and went back for another appointment, telling him I thought I had lymphoma. The signs were all there. He told me to leave because I was being impertinent. A week later, after going home to see a different GP and for more blood tests, I was called back for an urgent CT scan. It was initially slow trying to arrange appointments but after seeing a shadow on the scan things got moving faster. I raced WEHORR on the River Thames that March and a week later, after a brightly glowing PET scan, I was having surgery and moved home in April to begin 6 months of chemo…

…Relapsing after only 5 months in remission of Hodgkin’s Lymphoma was something else entirely. When my oncologist told me, I already knew. The pains in my chest were too consistent and the night sweats were back. I think it was so urgent because of its potential metastasis.

This time things moved double quick; serious surgery and a week later I was in a fertility clinic, followed by more surgery and months of intense inpatient chemo before a stem cell transplant, which required total body irradiation and complete isolation. It was a harrowing time with hard decisions and everything was very confusing.

Forget the surface stuff; scars fade, hair grows back – this was putting eggs in a freezer for the future because all healthy cells in my body were about to be chemically destroyed. But in the run up to the transplant, I was also told to write my will. It was like, wow cancer. You’ve literally just walked in and trashed everything. What did I do wrong to deserve this?

It’s a strange concept, having to hold off the word “cured” for 5 years. I’ve been in remission for 14 months. Last term I had a relapse scare with all the trigger signs, which was awful. But you’ve got to keep moving. I got on with my life; I’ve come to Cambridge, and am back in a boat as a cox for Homerton.

In fact, I fell in the Cam the other week.