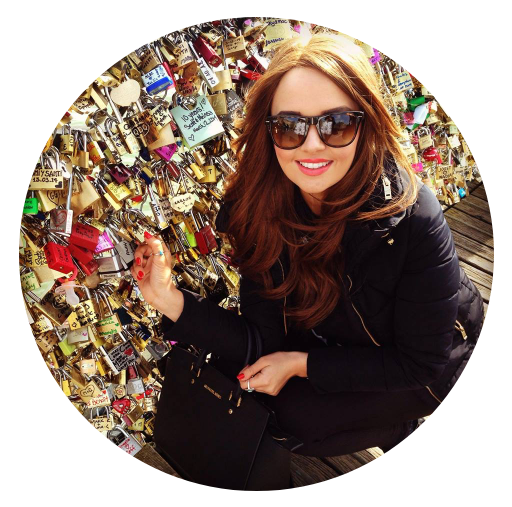 The month before my 23rd birthday, I was taken into hospital and told I had a huge fluid block on my brain.

After fitting a shunt to release the pressure, I was told the reason for this build up was a brain tumour. In a hospital away from home, and awaiting major brain surgery, I was petrified. However, this ended the 10+ months of headaches, useless doctors’ appointments, numerous tablet prescriptions and knowing that something wasn’t right.

After 6 weeks in hospital, and well on the way to recovery after surgery success (which was amazing!), I was however, diagnosed with Grade 3 Brain Cancer. I’m not going to say it was a walk in the park, because of course, it’s a big deal, but I feel that your body goes into a survival mode. You just crack on with what you’re told, attend the appointments, listen to the amazing professionals around you and fight. I was/am so, so lucky, as I have the most amazing family, friends and support network, that I could wish for. Which definitely helps. People are so nice! And part of me thought, ‘yes it’s rubbish, but it could be so much worse – and I finally have an answer.’ My body was trying its best to tell me something and this was why.

I was referred to the Christie for intense Radiotherapy to my head and spine (it had spread down my back now). Again, it wasn’t great but you just get on with it, the pro’s hugely outweigh the cons, and the incredible staff at The Christie do everything they can, to make everyday easier.

I was very lucky to be told, (the day before Christmas Eve!) that I had responded to treatment really well and, with regular check ups, was officially in remission. It was unexplainable relief, not so much for me, but my family and friends; after months of worry, upset, fear, maybe even pity, there was finally some good news. I was better! ‘It’s over, that’s it!’ I thought then, I could turn the page on what was a crazy year, and carry on as normal. And I did. I was back at work, going out again, got back with my boyfriend, and everything returned to normality. However, it wasn’t until months later that it hit me. Maybe it was a post trauma thing, or just realisation? I didn’t know, but I felt every emotion under the sun – happy, relieved, lucky, grateful, annoyed, upset, angry! And it sounds silly – but I sometimes felt sorry for myself!

I had a couple of ongoing problems post treatment, nothing serious, but a constant reminder of what had happened, and my hair was the biggest thing!! Again, it sounds so superficial and insignificant, but I hated my hair and longed for my hair to grow back, so I could slip back into my old life – hair and all! The way I felt during treatment is probably quite standard to other people in that situation, however, it’s post treatment and post all clear that I struggled with the most. The journey hadn’t ended like I thought, it had very much started. It was difficult, as I know how lucky I was/am, and I really am grateful, but I wasn’t prepared for everything else that came with it.

I’m now 25, every scan has been a success and after September, my scans are going to once a year – I’m so fortunate. I could talk and talk about my experience and how amazing and lucky I was to be treated on the Young Oncology Unit – the nurses, my doctor, all of the staff are fascinating! If I could pass on any advice to someone going through something similar; if your body is trying to tell you something, then listen. Don’t let people make you feel like you’re being dramatic, or don’t brush it under the carpet. Push for an answer, and hopefully it won’t be anything to worry about. But at least you’ll know. And also, if you have gone through diagnosis, treatment or a similar experience, don’t beat yourself up if you’re not ‘over it’ when you think you should be. What’s happened is huge, and however long it takes, allow yourself to feel whatever it is you need to.